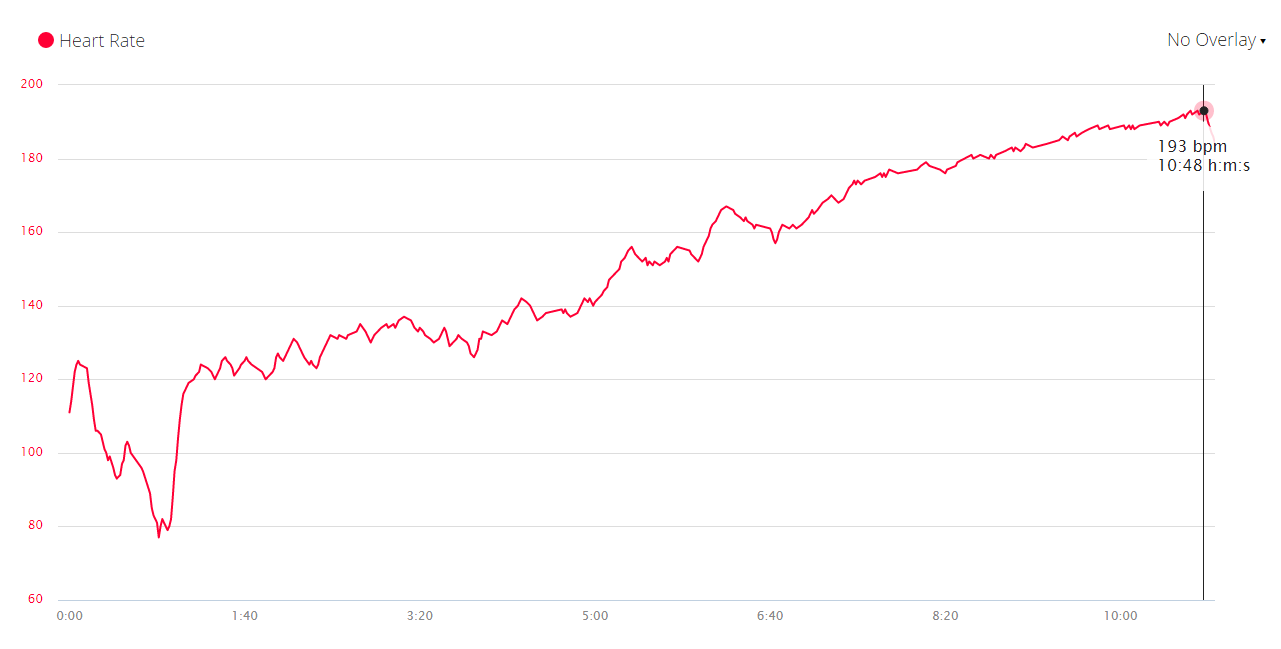 On Friday our head coach, Nathan, posted on the club facebook page to say that Oxford Brookes were looking for volunteers for VO2 max and lactate threshold testing.  Never one to miss an opportunity, I signed myself up for a slot on Saturday morning. I thought that not only would it be quite interesting to see how these tests worked and find out my max HR, but also that it would be rather useful after our recent concerns about the validity of my Garmin HRM readings, where I seem to be constantly running above expected maximum heart rate. I have to say I didn’t know much else, and even writing this blog post, am still slightly in the dark!

On Saturday morning Dan dropped me off opposite Headington School swimming, and I set off in search of the lab, admiring the rather smart Oxford Brookes campus, which looked great in the autumn sunshine. Making my way through a building site I found the Sinclair building and after getting a bit lost was directed to the Human Performance Laboratory on the first floor.  I had another opportunity to get lost finding the toilets, but so did everyone else who appeared which made me feel a bit better!

Once a crowd of open day visitors had finished their tour of the lab, it was time for my testing to begin. I’d imagined it would be on a treadmill so was quite surprised to find that both the Lactate Threshold and VO2 Max tests would be on a bike, making my short shorts and trainers not quite as suitable as hoped.

The first test was a lactate threshold test, carried out on a bike which I later discovered was a watt bike. Every 4 minutes the masters student running the experiment increased the resistance, and also took a blood sample from my finger.  I wasn’t entirely sure how hard I was meant to be working so tried to aim for 90 rpm as that seems to be the golden number in Alain’s turbo sessions. At the start I was happily going way above 90 but as the resistance racked up my legs (and finger!) started to hurt! I also had to pick how hard I thought I was working on a scale of 1-20 that was held up to me each time my finger was pricked. All rather a lot to take in and I found it quite hard to quantify my effort levels. I did this test wearing both my Garmin HRM and a polar one provided by the lab. Both heart rates were reassuringly consistent, which was especially good following my recent issues with my Garmin HRM.

Next up was the VO2 Max test, which was far more simple… sit on the bike and keep pedalling as long as you can while the wattage / resistance steadily increases.  With no bike shoes my feet were attached with spin bike style cages, then with the face mask on it was time to begin.  I’d watched a guy do this test while I was on the Lactate Threshold bike, dressed appropriately in cycling shorts and shoes.  He managed to keep going for around 12 mins which I was informed was rather impressive as people on average keep going for around 8.  This gave me a time to work towards (8 minutes of course, not 12!) which helped.

In the early stages once again my pedals span round easily and I was even looking forward to having more resistance. Then it got tougher, they turned the fan on, and I dug deep, keeping turning the pedals at a reasonable cadence while breathing noisily through the blue mask. Passing 8 minutes, my next aim was to get into double figures and the seconds seemed to drag by as I pedaled furiously (is that the appropriate word for increasingly slowly?). I was a bit worried before the test that I wouldn’t know when to stop, but suddenly at around 10 minutes something my legs were screaming and no amount of encouragement from me or the man leading this test could keep them going fast enough! I came to a standstill and he dropped the resistance, then I did what felt like an endless cool down. I would definitely advise padded shorts for these tests!

Test number three was a cold shower, which probably saved me from spending an embarrassingly long time washing my hair! When I emerged in all my winter layers, the next Oxford Tri volunteer was on the VO2 test and Nathan was examining his lactic threshold results with the students.  I’m hoping to be able to make some sense of mine when they come through and put it to good use in my training. For a start we should be able to reset the zones on my watch so that I’m not always running in zones 4 and 5.